So, only a month after delivery, due to time constraints, plumbing issues and everything else, we finally got the Wazer connected and up and running this afternoon, and I have cut my first test piece (the ready file, the bottle opener, given to my brother who’s helped me with all the plumbing issues - WAZER GUYS - I have some feedback for you on a couple of things, what would be the best way to address this?

I am beyond excited, but frustrated too that it’s taken so long to get to this point - and I have a million questions.

Here’s my first few! I think I will post as separate questions so I don’t get confused with answers.

I apologise if there are answers to some of these, but I am pretty new to anything CAD - I’ve used CorelDraw before (for our laser cutter) but this is a whole new level of complex!

I have installed Corel Draw on my MacBook. I’ve created a simple circle with a hole, and a star to cut out of 3mm glass.

I exported the file as a DXF and a SVG - when I import the SVG into WAM it doesn’t show on the virtual bed, I am wondering why this is?

I used the DXF version and it appears to have created a cut file which is on my SD card ready to try out as soon as possible.

I learn best by doing, sometimes a little bit blindly, but I just want to see the Wazer in action on glass.

Another question coming up!

It is great to hear that you are up and running! If you have any feedback at all, I recommend sharing in the #feedback category of the WAZER Forum. If you would like to reach out to the Support Team directly, send an email with your feedback directly to support@wazer.com - The Team will get back to you as soon as possible.

At the moment, it sounds like your SVG export from CorelDraw is not converted to Nodes & Paths. If nothing shows up on the bed, it is likely that the SVG export is still made up of pixels - WAM is not capable of interpreting this and will need the image to be made up of Nodes & Paths. (Sometimes referred to as Polylines, Splines, or Vectors) 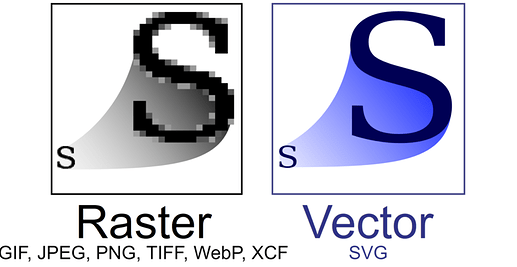 At this time, if you are not experiencing any issues with the DXF Export process in CorelDraw, I recommend to continue using DXF as your primary file format. The article found here goes into detail on how to export DXF’s through a number of different softwares, with CorelDraw included.

Thanks for your reply,

Looks like I might need to do some learning on CorelDraw, as there is no option to covert to nodes and paths when I export the file.

I thought the shape drawing tool would be creating a vector in the first place.

I honestly thought the learning curve would be for the Wazer, but it looks like my computer skills are where I need to brush up

Okay, I might have found the problem (or not)

When I looked through the various options, there wasn’t anything to convert bitmap to nodes and paths. However, I did see Convert outline TO bitmap, so I was assured it wasn’t already one.

Below that in the menu is convert outline to object - and that seems to be working, as when I do that and export SVG, it now shows in WAM import

Is there a reason/preference to use SVG over DXF or the other way round?

It sounds like you discovered the problem! The SVG export process does not automatically convert the pixel image to nodes & paths. Most of the time, drawing in a 2D software means you are using pixels to create the object!

Converting the outline (most outside pixel of the object) “to object” will trace the image and replace it with the nodes and paths required.

I mostly use Inkscape as my preferred 2D drawing software. Plus it’s free! The article found here goes over all the ways to convert a pixel image to nodes and paths!

As for the recommended CAD software, I prefer to use QCAD.

There is no major difference in SVG vs DXF - but I do like to separate the file formats to the software I am using. Inkscape for SVG and QCAD for DXF.

Both file types have their quirks but hopefully this information helps you find your personal preference quicker. At the end of the day, it boils down to picking your own poison haha

Thank you for your help.

Unfortunately, it didn’t fully solve the problem. And I am still confused as to why an outline can’t be used, as it says convert to bitmap, which means it’s not already pixel based, or so I thought.

Anyway, I thought converting outline to object solved the problem but it doesn’t.

When I added tabs, it was adding two. And also the cut time seemed a bit long, so I put it through NCViewer (I am learning!) - and saw that what was doing was drawing the shape twice!

I have no idea how to stop this from happening? It seems to be creating to vector lines, but I can’t see them in Coreldraw. ?

I chose CorelDraw as I’d used it for creating files for our laser cutter, and had found the learning curve quite easy for that. I will also sometimes be tracing imagery that already exists, so not drawing per-se. I had done this really effectively in CorelDraw previously, so thought it would be easier to use, but I seem to be struggling with the basics right now.

I had a grant to purchase the Wazer and additional software, so I’d searched recommended Vector programs, and for paid for, CorelDraw and Affinity Designer came up tops a lot of the time. I feel I may have made a mistake now, I bought an outright licence due to the funding, rather than a subscription (for accounting purposes it was better to do this). I’d have been better with subscription I fear, at least I could’ve cancelled.

(or anybody else that can help)

So, although converting an outline to object makes an exportable SVG That WAM can read, for some reason it duplicates the object.

So, for example. I’ve just creating a five pointed star within CorelDraw. At this point it is neither DXF or SVG

If I export as DXF, WAM can read it.

If I export as SVG, it imports it but nothing is there.

When I convert the outline to object, and then export SVG, it works, but for some reason, it’s duplicated the lines

When I look at the object in Coreldraw it still says it’s only one object, but has 22 nodes, which is each inner and outer angle of the star.

I tested in in NCViewer, and it does indeed draw the star twice.

I have no idea how to solve this or what’s causing it.

What is your ultimate goal? Are you looking to use the DXF export process or the SVG process? Does the DXF create a double-lined star?

At the moment, it sounds like the convert outline to object is tracing BOTH sides of a pixel - giving you a line on the outside edge and inside edge of the star. This is likely why you are seeing it drawn twice.

After converting outline to object, check to see if there is a 2nd line near or on-top of the original line. Click a node, press ctrl + a to highlight all nodes, then press delete to remove an entire object. This should leave you with only one.

Does exporting the star as a DXF file leave with you the same double line issue? Additionally, share the DXF or SVG file here so I can take a further look into the issue.

Thanks for your reply

I’ve now cancelled CorelDraw and got a refund as I wasn’t convinced it was going to be worth the £600 it had cost me to buy outright, so I won’t be able to check the file just yet

But that makes absolute sense, and is probably what was happening.

It was telling me it was one object with 22 nodes though, and I couldn’t find a way to separate.

I will find the files and upload them, I’d love to solve it anyway!

When I use the shape tool in CorelDraw and exported to DXF it wasn’t creating the double line issue.

I don’t mind whether I use DXF or SVG - at this stage other than the information you gave me the other day, I don’t know the difference in a practical sense.

What I ideally need to be able to do is create files that I might be able to edit on on a iPad Pro, so that if I need to make changes, that I can do that down at the studio rather than lugging computers around.

At this stage, it’s simple shapes for cutting multiples as my next few months is likely to be about making lots of Christmas decorations - so circles, donuts, hexagons stars, trees, - simple outline shapes,

Ultimately I will also be wanting to create more designs that might be traced outlines of other designs, but baby steps for me.

I used CorelDraw, in the column on left of screen is shape drawing tool. Exported as DXF is fine. Exprt as SVG, as before, shows nothing, but coverting outline to object creates a ‘double’ outline.

It appears my guess is accurate - after converting outline to object, exporting as SVG caused the image to be traced on both edges, the inside and outside. This created a double cut but the line were right next to each other.

I imported the file into Inkscape and changed to view to outline - below you can see the results. 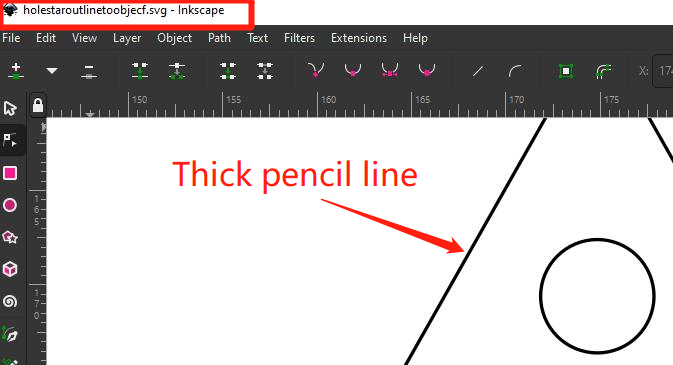 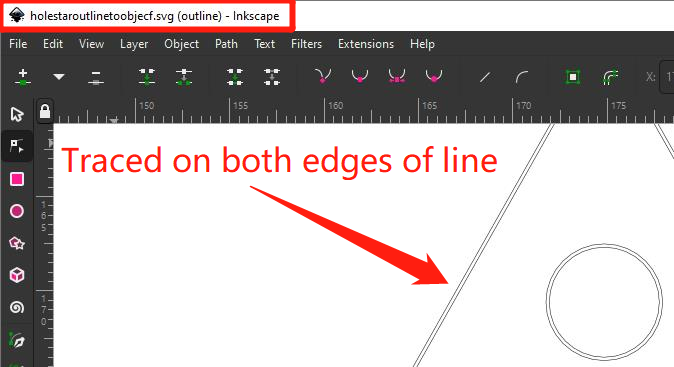 To change views in inkscape, you can press ctrl + 5. To resolve this double sided line, I used the “edit paths by node” tool, clicked on a single node along the line I did not care for, pressed ctrl + a to highlight all nodes along that line, and then delete. 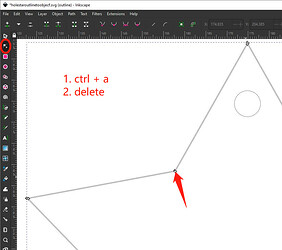 Inkscape is not available on mobile operating systems, but it is available for PC and desktop iOS! Unfortunately it cannot do you any good on the iPad. Sorry for the inconvenience! I just wanted to share how I check for and resolve this issue, hopefully it may help in the future!

Thanks for doing this Alex, at least I know what the issues is! Good call